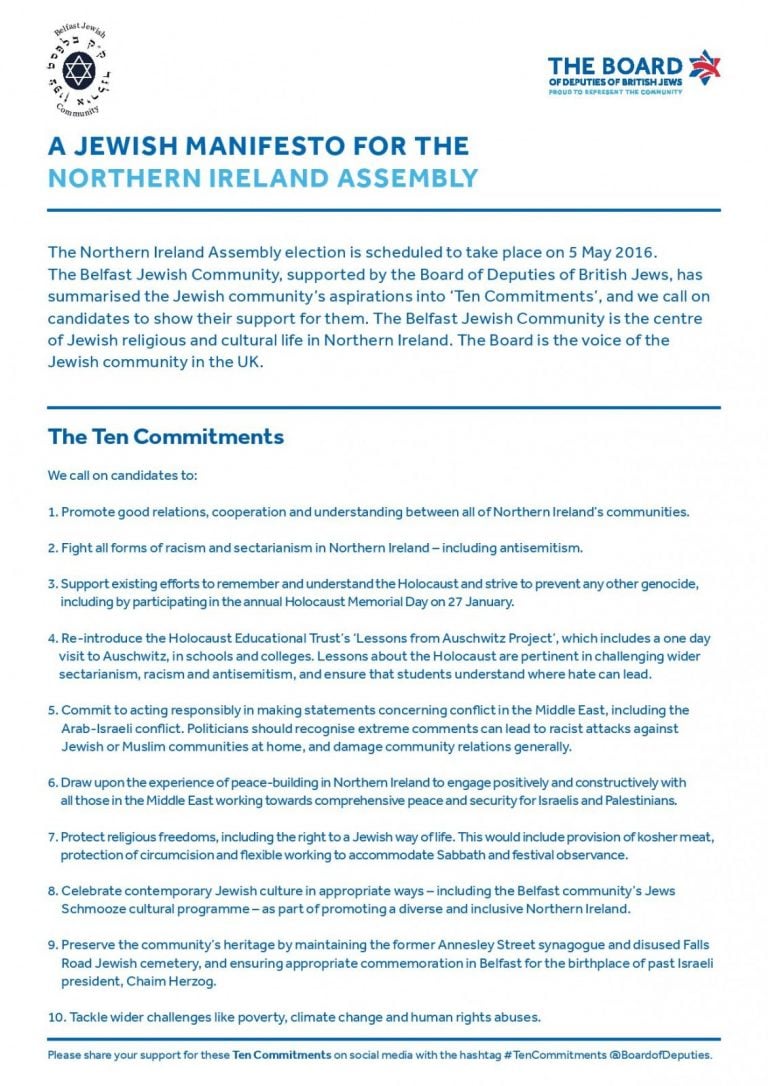 The Board’s President, Jonathan Arkush, Belfast Jewish Community (BJC) Chair Michael Black, and other communal representatives used the meetings to discuss the ‘Ten Commitments’, which the community wanted from the parties and their candidates.

Following the meetings, the manifesto, which is now live on the Board of Deputies’ website, will be sent to all candidates contesting the Assembly elections to inform them of the community’s priorities. In the coming month, the Board will also release manifestos for the Scottish Parliament and Welsh Assembly elections.

Following the meetings, Board President Jonathan Arkush said: “We were delighted with how well the manifesto was received and look forward to advancing the interests of the Jewish community in the months and years ahead. It doesn’t matter that there were only 335 Jews in Northern Ireland according to the 2011 census. The Board will promote and defend the interests of every Jewish community in our family nations, regardless of their size.”

Belfast Jewish Community Chair Michael Black said: “This was an unprecedented opportunity to flag the Jewish community’s concerns at the highest level of Northern Ireland politics. The manifesto creates a platform for engagement and the leaders’ responses give us hope that we can make Northern Ireland an even better place to be Jewish. I would like to thank the Board of Deputies for all its help in preparing the manifesto.”